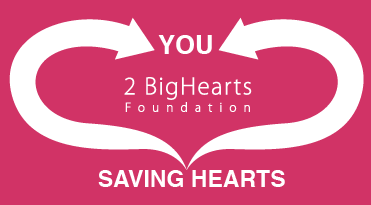 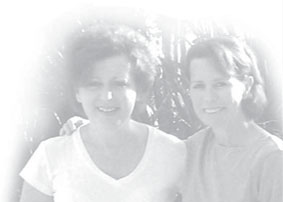 2 BigHearts is the living legacy of Gigi Clarke and Sally Czechanski, two sisters who each unknowingly suffered from an enlarged heart muscle — a silent condition that tragically took their lives on the same day, 90 minutes apart. Their untimely deaths woke us up to many realities about women and heart disease, including the fact that 64% of women who die suddenly of heart disease had no previous symptoms, just as our Gigi and Sally did. 2 BigHearts was founded to help finally bring to light this urgent crisis.

2 BigHearts is a diverse group of passionate, like-minded individuals. Some of us are related but, in the end, all of us family, as we share a common goal to save as many women as we can from heart disease.

The 2 BigHearts Foundation works to be recognized nationally for our leadership in raising awareness for women’s heart health by communicating the story of Gigi and Sally, and by working with a results-oriented model. We use the data from our unique and comprehensive heart screenings to change the thought processes for women with regards to heart disease, as well as the provider of women’s heart health.

2 BigHearts is the only foundation of its size to raise awareness in both the consumer and healthcare provider.

It began on Friday, June 18, 2004, when we received a call from Lexington, Kentucky. Sally Czechanski, my wife Gigi’s beloved sister, had suffered a serious cardiac event while on a business trip to the area. Sally was in critical condition and her prognosis was grave. Sally was only 49 years old.

Shocked, saddened and wanting to be with her adoring sister and best friend, Gigi immediately arranged to be at Sally’s side at St. Joseph’s Hospital in Lexington. She flew to Lexington within hours to be with Sally. Then, shortly after arriving, the unfathomable happened: Gigi suffered an equally serious cardiac event and was rushed to the emergency room for treatment. Her condition was grave and she was taken to critical care, ironically, alongside her beloved sister, Sally. Gigi was only 44 years old.

Gigi and Sally remained in grave condition, both suffering from the exact same condition. Ultimately, the agonizing decision had to be made to remove them from life support. Gigi and Sally left this world on Friday, June 25, 2004, leaving literally hundreds of grief-stricken family members, friends, colleagues, neighbors, acquaintances and loving pets.

Words are insufficient to describe the profound sense of loss. Their love lives on, however, in their individual legacies of love, friendship, caring and compassion that they showed to everyone. Acknowledging this gives us great comfort.